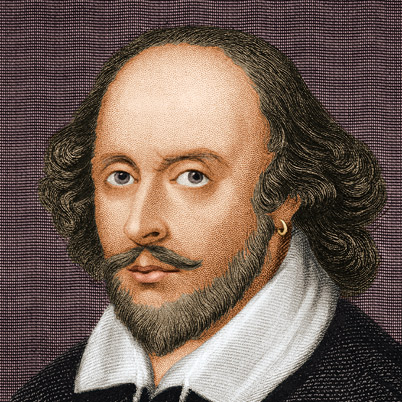 I did not post this with any intent of helping anyone cheat. I posted this after my exam was submitted and after my exam was graded on March 27, 2020. I wanted to showcase my good grade and my hard work in a class.

I don’t know how familiar you are with My Fair Lady, but, in the play, Henry Higgins laments in song:

Women are irrational, that’s all there is to that!
There heads are full of cotton, hay, and rags!
They’re nothing but exasperating, irritating,
vacillating, calculating, agitating,Maddening and infuriating hags!
[To Pickering]
Pickering, why can’t a woman be more like a man?

To paraphrase Higgens: MAN is the measure of all things–the standard according to which ALL nature is measured including the “nature” of women; MAN is “eternally noble” while women are “maddening and infuriating hags.”

How are the women, their behavior and even their function as daughters, ARTICULATED as not natural in King Lear and The Tempest, and Taming of the Shrew? Look at ways the male characters construct female “nature” and what the women themselves have to say about female nature. Be very sure to include discussion of specific LANGUAGE (i.e. close reading)—don’t just focus on the plot! I am looking for how the texts define female nature as unnatural or at fault simply because they are NOT male. Write about any 2 plays.

In the play King Lear, all three of Lear’s daughters are, at one point, seen as “not natural.” To start with, Cordelia was brutally honest with her father, unlike her sisters. Her honesty got her disowned by her father and he says “Let pride, which she calls plainness, marry her” after she talks about how her sisters essentially love their father less because they married. He also calls Cordelia “untender” as women were expected to be naturally tender and kind.

Later on in the play, it’s revealed that Gonerill and Regan are actually the ones who are “not natural.” Females in the play were supposed to honor and love their father, obey him until his last breath, and have nothing but respect for him. The two sisters did the opposite. Gonerill and Regan actually schemed to take away the last of Lear’s authority. Gonerill goes on to say “And the remainders that shall still depend/ To be such men as may besort your age,/ Which know themselves and you” which means something along the lines that Lear is old and “washed up” and should realize this by giving up his authority. Regan backs this idea in Act 2 Scene 4 where she states “O sir, you are old,/ Nature in you stands on the very verge/ Of his confine. You should be ruled and led/ By some discretion that discerns your state/ Better than you yourself.”

Both of these sisters go against the “natural” of what is expected of females. They are determined to get what they want, even if it means destroying their father. Lear’s curses about Gonerill on page 1347 of the textbook also reveals how the male characters see women. “Suspend thy purpose, if thou didst intend/ To make this creature fruitful./ Into her womb convey sterility,/ Dry up in her the organs of increase,/ And from her derogate body never spring/ A babe to honour her.” Women were seen as essentially having two major social duties: becoming a wife and becoming a mother. Gonerill had completed one of those tasks by marrying Albany but she had not yet had a child. Lear essentially thinks that her natural duty is to have a child and because of the unnatural way she treated her father, curses her to either not have a child at all or to have a child that treats her as terribly as she treated him. The language Lear uses throughout this testament is detailed and has an essence of decay about it. He speaks about his daughter like an object rather than a human and desires for “Nature… dear goddess” to take away part of her femininity as punishment.

There’s another another look into how Lear expects the nature of his daughters to be on page 1357 where he says “If thou shouldst not be glad,/ I would divorce me from thy mother’s tomb,/ Sepulch’ring an adultress.” He also expects his daughters to always be happy to see him because, if they were not happy to see him, then that would mean that his dead wife would have cheated on him. These are all examples that are not necessary to be withheld by sons. Take Edmund for example, who lied and schemed the same way as Gonerill and Regan did but nearly got away with it and got praise for it. There are things that are accepted as long as it is done by a male and not a female.

The actions of Lear’s daughters show their contempt for the views of feminine nature. As Henry Higgens states, “Why can’t a woman be more like a man?/ Men are so honest, so thoroughly square.” When Cordelia attempted to be that of an honest man, she was condemned for it. When Gonerill and Regan were dishonest, they also were condemned for it. The actions from the daughters sent King Lear into a fit of maddness that was reflected through the storm and by being adorned with flowers (much like Ophelia in Hamlet). These female characters, for the most part, disagree with the “natural” way of things that were laid out for them. They wanted to take a more masculine, honest, and tough approach rather than being frail, tender women.

Speaking specifically about Cordelia (since she was the first to outwardly go against the natural order of her father), she could be viewed as being relatively innocent. Despite the fact that she had gone against the natural orders of life, she was still the only daughter that truly loved her father and wanted the best for him. She met a terrible fate for it despite how sincere and loyal she was to her father up until the end. She was honest with her father from the start but he took it as disrespect, which was a fault for her since she was a woman. She still loved her father fully while facing him disown her as a direct result of her not following the male ideals.

Moving on to the tempest, the only real feminine figure is Miranda, who is the daughter of Prospero. Prospero essentially is keeping Miranda under his watch and limiting her knowledge and experiences through this control. Other characters view women in the same way, such as Gonzalo where he says “No occupation; all men idle, all;/ And women too, but innocent and pure” (Act 2, Scene 1). Much like in King Lear, women are expected to be these submissive, tender entities that are essentially afterthoughts. Women are not important here and are just for looks and entertainment.

Miranda is the definition of obedient to her father, granted she really has no one else to turn to. Even when she meets Ferdinand, she is manipulated by her father. “O, if a virgin,/ And your affection not gone forth, I’ll make you/ The Queen of Naples” (Act 1, Scene 2) Ferdinand tells Miranda, which essentially shows that Miranda has little to no value unless she is unmarried and is interested in her chastity. While Ferdinand only values her if she has kept up with her social duties, her father values her because he sees her as property by stating “Then, as my gift, and thine own acquisition” (Act 4, Scene 1).

Most (if not all) of the men in this play are incredibly misogynistic. Women are pawns to them but they would have more agency if they were men. Miranda really has nothing much to say about this because of how sheltered she has been and the fact that she lacks agency entirely. Miranda is essentially just something that favors men and nothing more. Prospero treats his own daughter as well as nature (through Ariel) as passive entities in regards to the world. He controls them both in order to enact his own selfish plans.

The way that Miranda acts, of course, is absolutely not natural in terms of how males are viewed. If a male was this passive and this easily manipulated, they would be cast out but because Miranda is a woman, it is accepted. I say “accepted” because Prospero is the reason for her being this way. If you were to put Miranda in, say, Kind Lear, she would still be seen as unnatural since women still weren’t as passive there.