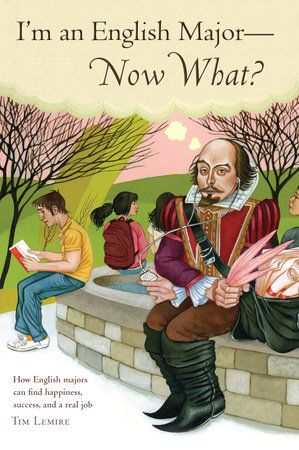 Global sustainability issues take on various forms and the lack of sustainable living has begun to affect our planet. The development of climate change has been a slow process to get where it is today and contrasting reactions from the general public in America have manifested as a result. Climate change and failing to live sustainability has manifested into affecting the weather, seasons, renewable resources, and so much more. However, one aspect to climate change that is often overlooked by the general population is how it affects the Arctic. The Arctic is crucial to the survival of our planet yet it is dying more with each passing day. Why is this happening and why is the general public ignorant to the realities of this situation?

A glaciologist named Dr. M Jackson decided that she wanted to have a deeper understanding of what glaciers specifically hold for humanity. Her memoir While Glaciers Slept: Being Human in a Time of Climate Change details what happens when these glaciers, and the climate in general, changes for the worst and compares the planet’s death to the death of her parents. While her prose, varied sentence structure, and echoing thoughts make for an incredibly engaging read, she is simply scraping the tip of the iceberg. Her book allows readers to become more interested in what is happening to the planet and to motivate people to learn more. M Jackson’s memoir While Glaciers Slept uses a comparison of familial death and climate change to paint a larger image of what climate change is doing our planet, describes how a refusal to move towards a more sustainable way of life can affect us all, and reveals the importance of the Arctic to open up for more large scale conversations about sustainability that needs to be had if we want any chance at surviving on Earth.

While Glaciers Slept jumps between the death of M Jackson’s parents to her experiences with the Arctic. On one hand, it keeps the reader engaged and interested to see how these two ideas are connected. On the other hand, this is a comparison Jackson is making between the two ideas. Jackson understands that “death is almost unbearably common, as much as it is, simultaneously, almost unimaginable for each of us as individuals” (Jackson, 18), which is why she is trying to get us all to reach an understanding whether we have personally experienced death or not. She levels the playing field by introducing us all to the heartbreaking loss that she experiences through the death of her parents to simultaneously introduce us to the idea that our planet is dying.

Unlike novels such as Ishmael by Daniel Quinn, Jackson doesn’t have the mindset that the planet is inevitably doomed. (Is that so, or is the novel ambiguous?) Instead, she has a more optimistic approach. Jackson says that even though we haven’t “envisioned a clear future with climate change”, that doesn’t mean that we can’t change the future for the planet (Jackson, 20). Even though she’s optimistic, Jackson still has a deep understanding of what is happening and isn’t ignorant about reality. There are a few big questions Jackson doesn’t quite dive into the big question that is relevant to her message about climate change which is what are some of the things people, or more specifically American, do that is so detrimental to our planet?

Looks like you have your paper pretty well planned out. I just made some comments and tried to answer any questions you pointed out, and I underlined places where the prose was a little confusing as well. I really like the point that you end on, about priorities – companies prioritizing “income over the safety of the planet,” and I wonder what that observation would look like blended with the metaphor of glaciers as dying parents ☹.

Good luck on the rest of your paper, hope you have a relaxing break. Wash your hands!

My professor, unlike my classmate, just wrote a general note.

Thesis: M Jackson’s memoir While Glaciers Slept uses a comparison of familial death and climate change to paint a larger image of what climate change is doing our planet, describes how a refusal to move towards a more sustainable way of life can affect us all, and reveals the importance of the Arctic to open up for more large scale conversations about sustainability that needs to be had if we want any chance at surviving on Earth.

Professor’s Thoughts: Your thesis here is clearly stated. It is a bit of a long sentence, however. I would leave it as is now, but once you have drafted the entire essay, you might want to come back to this sentence to see if you can streamline it. Even editing a couple of words would help make the sentence easier to read.

You have an excellent start to your essay. I’m especially impressed that you have planned your essay so thoroughly with your outline. The outline looks very logical and comprehensive to me, so I think you will do well to follow it as you continue to draft. I do have one comment about the outline, however. I wonder if you might digress away from your stated thesis in section III.2. when you plan to discuss Earth 2. Of course, I don’t know how long you intend this section to be, but on the outline it looks like it will veer away from support for your thesis.

My advice is for you to persevere in drafting the rest of your essay. Once you have a complete draft, you can review it for its clarity and organization. At that point, you may want to adjust sections if one or more seems to be a digression from supporting your thesis.

I look forward to reading your full draft in a couple of weeks. Don’t hesitate to ask any questions that occur to you along the way to writing it.