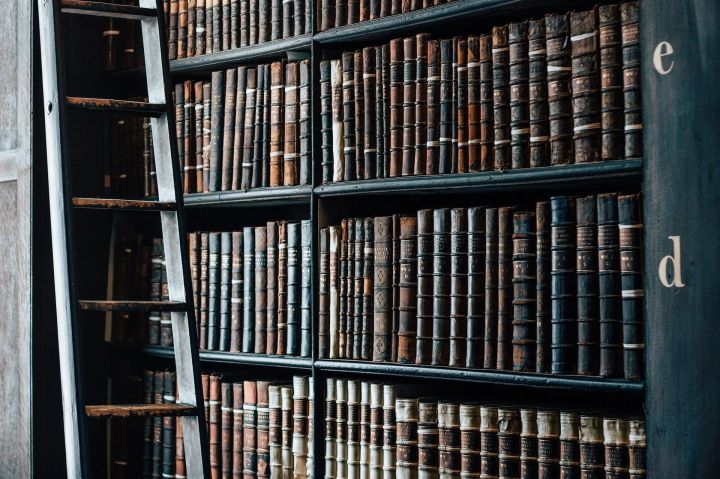 Religion, specifically Christianity, was pretty important to people throughout many time periods and still remains important to many in our modern-day society. It can play a large role in one’s identity and upbringing and can actually become a sort of tradition in households. There have been many instances of Christianity throughout history which can be especially seen through literature. Even though examples of Christianity may be difficult to dissect in literature, Christianity can be seen in the works of Anglo-Saxon poetry, Middle English, Sixteenth Century and Seventeenth Century literature.

One example of Christianity during the Anglo-Saxon time period is through Beowulf. Beowulf shows depictions that everything comes from God Himself. The characters speak of heaven and such, yet Beowulf goes further into that belief by acknowledging God as a sort of protector. For example, the character Grendel is portrayed bearing “God’s anger” (11, line 711) as he was preparing to fight. God is similarly shown as a protector when the characters see “God’s bright beacon” (9, line 570) in the distance. Beowulf also depicts Hrothgar’s queen thanking God (9, line 625), which further proves that there are several examples of a strong belief in God during the Anglo-Saxon period.

Another time period that contains Christian literature was the Medieval era. Julian of Norwich is a key person from Middle English literature, even though very little is known about her. Her best-known work was A Revelation of Love, where Julian was deathly ill yet was convinced she had visons of Jesus Christ Himself during that illness. The entire story is about Christianity yet has some unique revelations, one of which being that “sin is behovely” (Chapter 27) or necessary. This was a new way of thinking considering many Christians are taught to not sin yet Julian is basically telling us that it’s okay to sin because it’s inevitable.

Julian was extremely grounded in her faith and A Revelation of Love shows just that. Even on what should have been her death bed, she was focused only to live so that she could “have loved God better and longer time” (Chapter 3). Julian was able to have many revelations after recovering, such as her views of sin and even calling Christ “our Mother” (Chapter 59) which was unusual even during that time period. Other revelations that she had includes that God “is in all things” (Chapter 11) and that “Christ hath compassion on us” (Chapter 28) even though we sin. Her conclusion states that the Lord is always with those who believe in Him, making this one of the most Christian works of literature.

Literature from the Sixteenth Century also contained Christian beliefs, even in Shakespeare’s sonnets. One of his most religious sonnets is Sonnet 146 mainly due to the fact that it holds popular Christian beliefs on life and death. He describes how humanity is inherently corrupted and in need of a type of salvation in his opening line, “Poor soul, the centre of my sinful earth.” Shakespeare also alludes to Adam and Eve when he calls his soul a “sinful earth”, as they were both made from the earth. He also insinuates that his soul needs something more than earthly goods when he says he wants to “be fed, without be rich no more” (line 11), hinting that he wants something for his soul.

In the Seventeenth Century, John Milton created a deeply religious epic poem called Paradise Lost. While it’s debatable on who the true hero actually is, Milton describes the battle with Adam and Eve’s downfall along with Satan and his fallen angels. He describes Hell as a “bottomless perdition” (I, line 47) while Heaven as having “happy realms of light” (I, line 85). While he depicts Satan as the hero, he actually formulates a new meaning to a hero through the sacrifices Jesus makes three separate times in the epic. Jesus first says “I offer: on Me let Thine anger fall” (III, line 138), which is sacrificing himself and also when he says “on Me let Death wreak all his rage” (III, line 142). The most well-known example of Jesus’ sacrifice is when he actually dies for mankind’s sins, which is the ultimate sacrifice and shows how Jesus is the true hero of the epic.

All in all, examples of Christianity throughout literary history can be tricky to understand yet can actually be found in different pieces of works. Christianity has evolved throughout the years, yet insight from authors in history helped the belief to get where it is today. From Anglo-Saxon to modern literature, faith in God has played an important role in the lives of every day people and the arts. Having an understanding of themes that may not be obvious helps people to have a better understanding of the past and gain a unique skill when reading works of literature.