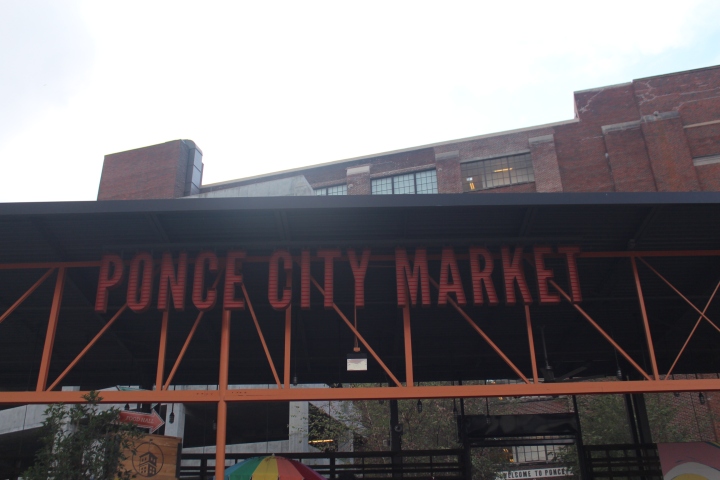 I created a survey using Google Forms in order to assess a few things about Ponce City Market. The first question I asked was simple: Have you been to Ponce City Market? The people that I asked were university students, so this allowed me to gauge just how many young adults have actually visited. Out of the 39 participants, 74.4% of them have visited Ponce City Market.

The next question I asked was, if they answered no, why hadn’t they visited? There were no simple responses to this, as people could include their own answer. 40% said that they just simply haven’t had the time to go. To my personal disbelief, 20% had never even heard of Ponce City Market. The remaining four answers were answers that were written personally by people to participated. One simply answered “anxiety”, which makes sense as Atlanta traffic is a nightmare and Ponce City Market is huge. The second custom answer said “[I] don’t know what’s there”, which seemed a bit silly to me but also understandable. The last custom answer was probably the most relatable, which was “I don’t really like going into the city.” The final custom response was “[I] never had a reason to go.”

The third question I asked was what their favorite thing to do at ponce city was. I had five answers they could choose from or they could include their own. The answers I personally wrote for people to choose from were shop, eat/drink, just enjoy the aesthetics, the BeltLine, and take photos. Of the 29 participants, 33% (the majority) said that they went for the BeltLine, 25% said eat/drink, 12.5% said just enjoy the aesthetics, and 8.3% said to shop. Other answers included taking photos and combining eating, drinking and aesthetics.

The fourth question I asked got the results I pretty much expected. The question was if the participant had ever attended one of Ponce City’s seasonal events such as the Farmer’s Market or Drag Queen Story Hour. An overwhelming 89.7% said no while 10.3% said yes.

My final question was a short answer response regarded Ponce City’s events. I asked if you have attended an event, what did you attend and what was it like. Here are a few responses I received: